The holidays are truly an awesome time to be in Europe. It has everything you could ever want, from cold weather (Florida girl here!), to miles of lights decorating the city’s buildings and streets, to Christmas Markets! The only thing missing was my family, but we were lucky enough to have Brian’s family come visit for just over a week!

Guys, let me tell you about Christmas Markets. They. Are. Amazing.

I could stop there, but I’ll go ahead and ramble like I usually do.

Imagine this – it’s 7 p.m. and 35 degrees outside (we’re talking Fahrenheit here). You walk 15 minutes to the city center, and upon turning the corner at the Müller, BAM! There are booths on top of booths decked out in garland, holly, and lights, each selling some kind of food, drink, or craft. It’s like Santa’s Enchanted Forest in Miami, but without the 2,000 middle and high schoolers on awkward dates. 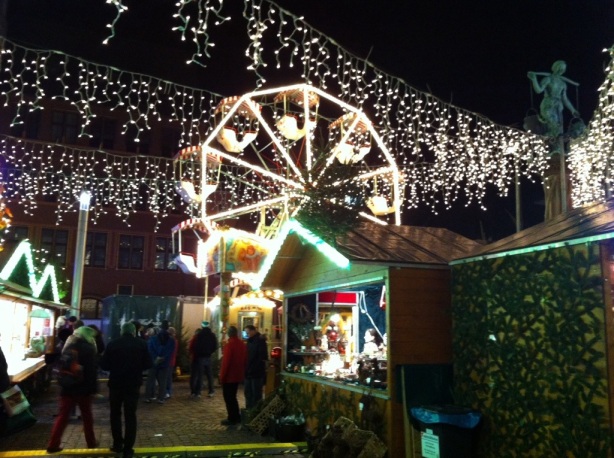 The great thing about Christmas Markets in Germany (and France), is that they all try to have some uniqueness to them. Conceptually, they’re all nearly identical, but each city puts it’s own twist on things. For example, we went to a market in Stuttgart that was medieval themed! (If you think reading regular 12-font Arial German is hard, try reading “Ye’ Olde German” in calligraphy… yeah.)

Anyway, here were some of my favorite things about the Christmas Markets, and of course, some photos from each city we visited!

Glühwein – This was one of my favorite German discoveries. It’s mulled wine, which we have in the U.S., but I must have somehow missed it along the way to adulthood. Nearly every food stand sells Glühwein, and they all taste pretty much the same. But let’s be clear here, there is definitely one tent that has the best Glühwein in Freiburg (that’s all they sell), and there is a definitive loser, too (this tent sold Bratwurst, French Fries, and Steak, too).

Kartoffelpuffer – Latkes! Potato pancakes are apparently a big deal here, and they are DELICIOUS. You can get them with applesauce, sour cream, or a garlic cream sauce. (For a fun game, if you ever get a chance to, you should ask Brian’s mom how to pronounce this word. You won’t be disappointed.)

Crepes – every 3rd or 4th vendor was selling some kind of crepe (sweet and savory) and they were a nice change of pace from Bratwursts! (Seriously, I think I’m done with Bratwurst for a while.)

Crafts – I’d like to think that every single vendor was selling a handmade craft, but I’m not that delusional. There were, however, some really awesome things. There were jewelry tents (educational aside, jewelry in German is “schmuck”); puzzle/game tents (funny aside – Brian can’t solve his Christmas gift (click here)); tents with candle votives; tents with slippers and clothing; and countless other craft tents. You could spend hours just browsing.

Anyway, it was really awesome to see so many different Christmas Markets in different cities! We went to Freiburg, Stuttgart, Heidelberg, Colmar, and Paris’ markets. (Paris was our least favorite – very commercialized.) Here are our pictures!

A collage from the Freiburg Market! (That’s Glühwein, not beer, as some might think.) 🙂

My favorite part of the Paris Market.

View of the Paris Christmas Market (on Champs Elysees) and the Arc de Triomphe from the Ferris Wheel. 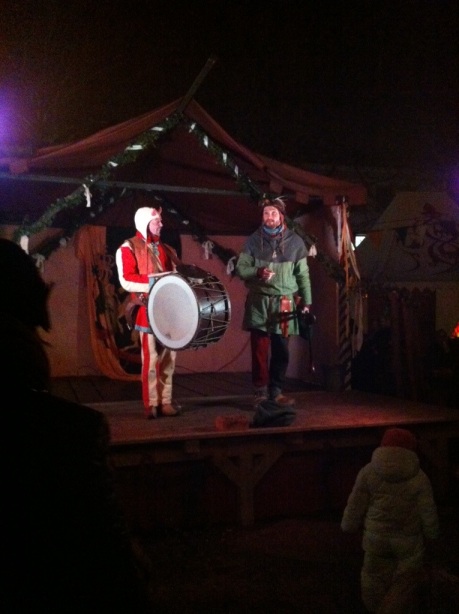 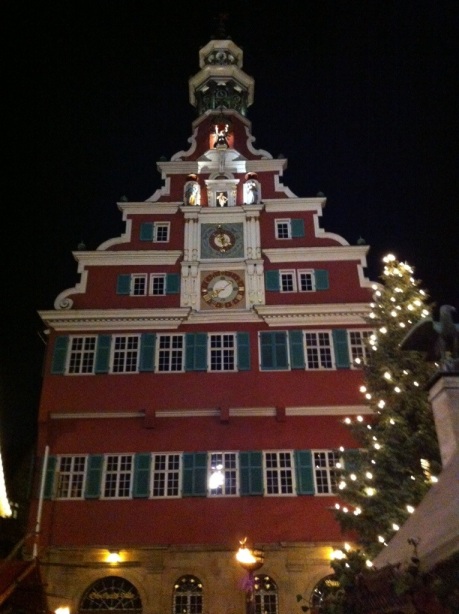 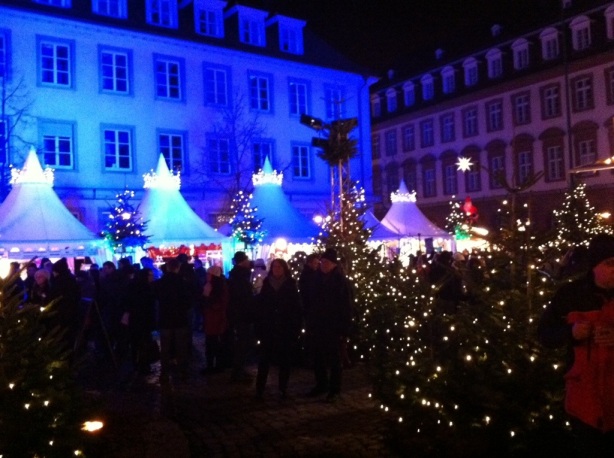 Brian trying a Colmar brew at the Christmas Market. 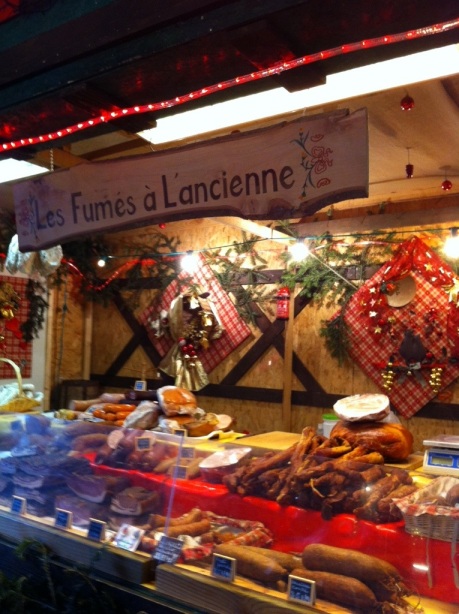 3 thoughts on “The Magical World of Christmas Markets”