On our way home from a trip to Luxembourg City last weekend (to be discussed in a later post), Brian and I decided to take a side trip to Trier, which really couldn’t have been more “on the way.” Trier is located in Western Germany, just 40 minutes by car from Luxembourg City.

I didn’t know this, but Trier is historically in English called Treves, and it’s the oldest city in Germany, founded in or before 16 BC. You know it’s pretty old when it’s older than my dad. 🙂 (JUST KIDDING! That was just a special shout out for your birthday. I love you!)

Trier is a small city of about 100,000 people (making it less than half the size of Freiburg), but it’s amazing history rivals that of any location I’ve seen to date. We took a self-guided walking tour (which is where all of this educational information in the captions came from) on a beautiful day and got some amazing photos! 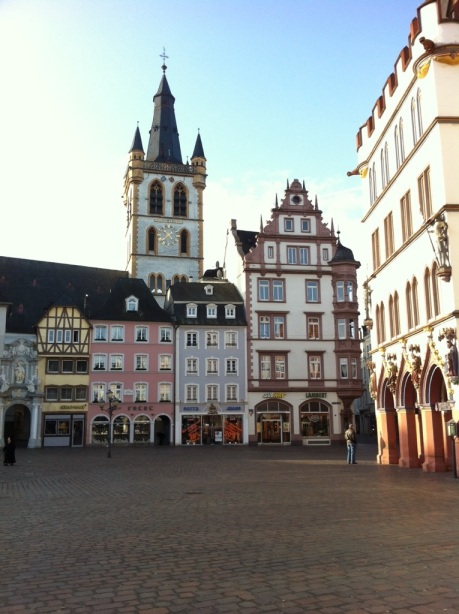 Main Market in the center of Trier. That is St. Gangolf in the background.

House of the Three Magi (Dreikönigenhaus) – One of the oldest stone houses in Germany, built in 1230.

Porta Nigra (Black Gate). Fair warning, I took a bajillion pictures of this. It’s the largest surviving Roman city gate worldwide. The gate was built sometime between 160 and 200 AD. It was converted into a church in the 1000s, and remained so until the 1800s.

View of St. Gangolf from inside Porta Nigra. 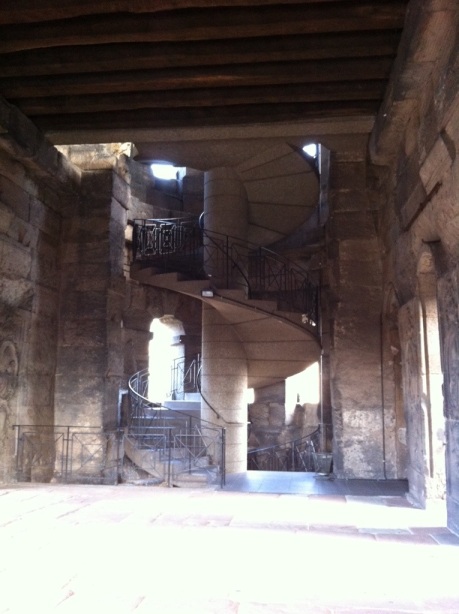 Stairwell in Porta Nigra (and apparently my cousin Curtis’ ideal entryway for a future home).

Inside of Porta Nigra. 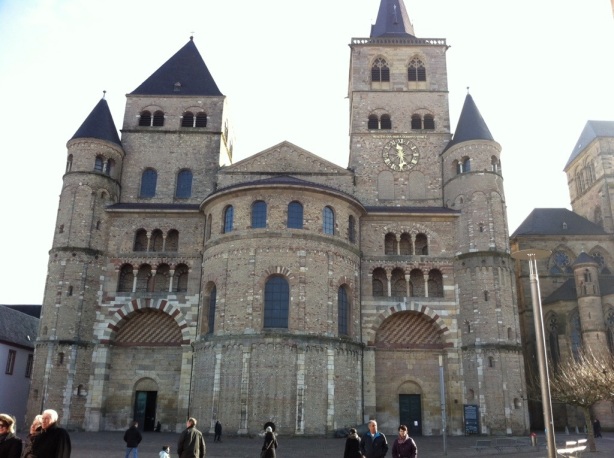 Der Dom, also known as the Trier Cathedral. Originally, this was about four times as big as the church from around 300 AD. 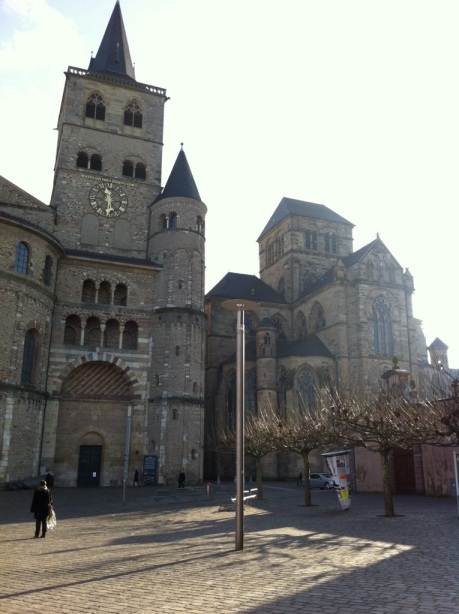 Der Dom on the left, and the Church of Our Lady on the right. COL is the oldest Gothic church in Germany, dating back to the 1200s. 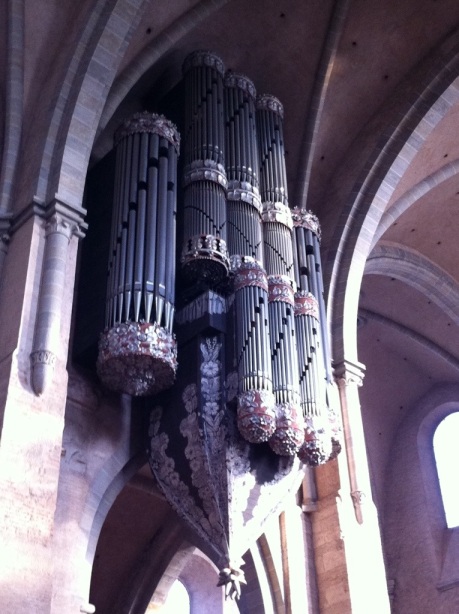 Organ in Der Dom. It was ENORMOUS. 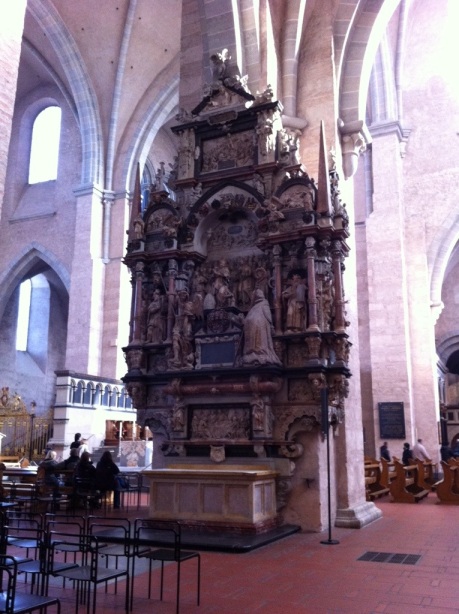 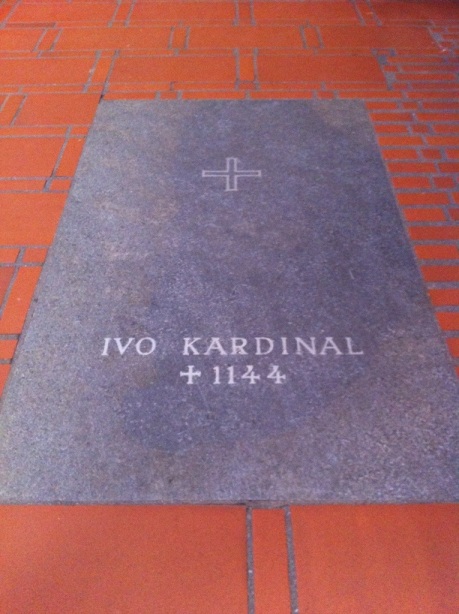 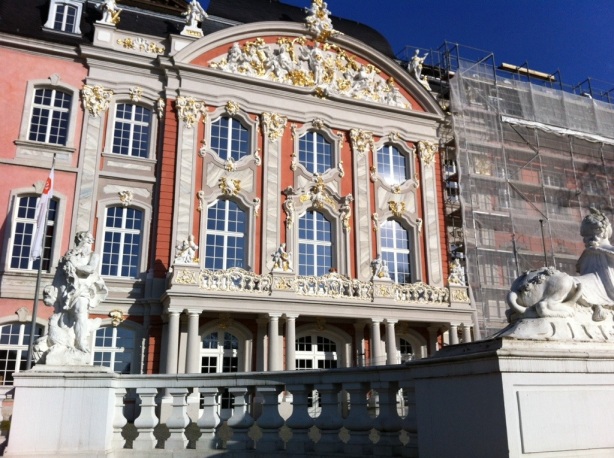 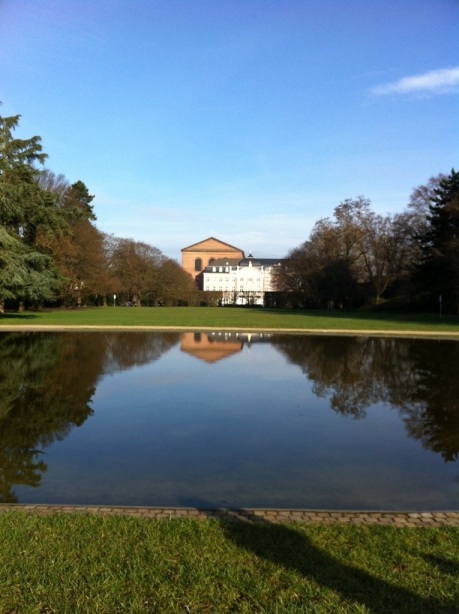 Imperial Baths (Kaiserthermen). Built in the first quarter of the 4th century, it’s the second largest bath in Trier and the fifth largest in the Roman Empire. (That’s why it looks like a little bit like the Colosseum.)

Memorial stone for a Jewish resident who was killed in a concentration camp. 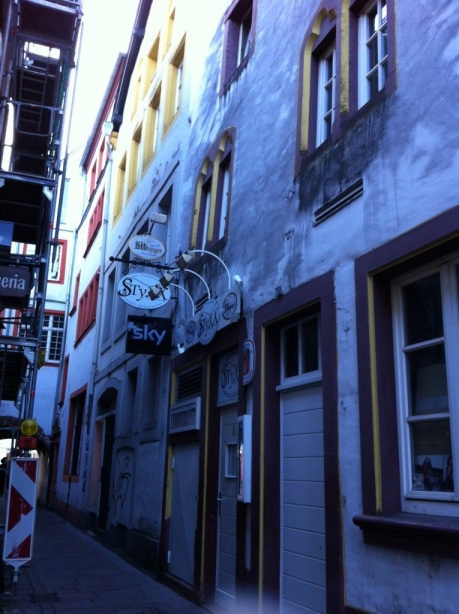