You might have read that after leaving France, we decided to move back to Richmond. As our most recent home in the US, and the place where many of our US-based friends live, it was a pretty easy choice (you know what’s not easy – missing Freiburg a lot).

After spending time in Florida with Erin’s and my families, we needed to drive our car and belonging up to Virginia. But in the spirit of still traveling (and of not spending 12 consecutive hours in a Jeep Wrangler), we decided to make a road trip of it, visit friends and way points along the way.

In total, our journey took 16 days, and included 6 stops in 5 different US states. So, here we go:

Our first stop was to Gainesville, FL, where we both went to college. It was the first time either of us spent actual weekdays there since graduating (usually one only returns for football games), and we definitely felt old walking around the campus. We did get to do some hiking in Payne’s Prairie, be terrified by the (lack of) alligators, watch the Gators lose in heartbreaking fashion, and hang out with some old college friends.

The Century Tower, as intact as ever 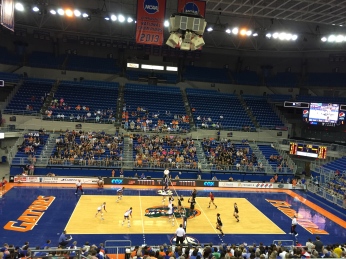 This wasn’t the heart-breaking loss. This was a volleyball game, and volleyball almost always wins.

We spent four nights in Atlanta with two different friends. During this time, we talked a lot about business ideas with an entrepreneur friend, including late night runs to Dunkin’ Donuts, where all the young people work these days, apparently. But we also got to see some of the nature a big city like Atlanta has to offer. First was Piedmont Park, which is the city’s version of Central Park, where we spent an afternoon people watching and drinking not beer.

And later in our stay was Stone Mountain Park, just outside Atlanta. We hiked to the top of this granite monster, then walked around the park for a bit. The weather kept changing on us – warm and sunny, then cold and overcast, and back again.

From the top of Stone Mountain 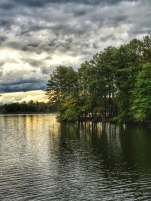 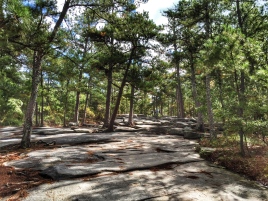 On the way up Stone Mountain 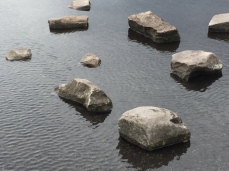 Rock formations from a private jet we charted. Nah, those are just pebbles in a puddle. 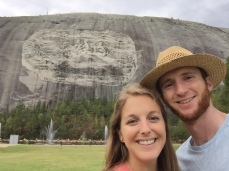 Stone Mountain and its carving – nature works in mysterious ways! 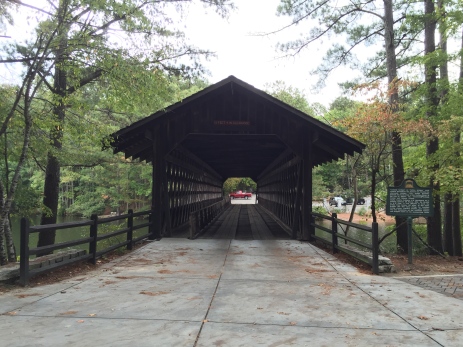 From the top of Stone Mountain

This was an unplanned quick stop on the way to South Carolina. We only stayed for a few hours, but once I saw a picture of the waterfall in the tiny campus of Toccoa Falls College, and learned it was just off the highway, we had to go! See for yourself:

Would be a nice place to read, no?

This stop was with Erin’s family, so we mostly spent time with cousins/aunts/uncles/puppies. And no trip to Spartanburg is complete without a stop at Willy Taco, which I knew about ahead of time because Erin mentioned it once or twice or a hundred times. Spartanburg was a place we got to relax.

Getting closer to Richmond! We only spent a couple days here with a friend, but we got to see downtown Charlotte (which seemed like a really cool place to live), and some of the city’s prettiest parks.

We also went to a pair of breweries, one of which really impressed us. Olde Mecklenburg Brewery makes all their bier following the German purity laws, or Reinheitsgebot. One of their beers was an Altbier, which in Germany, you can generally only find in Düsseldorf. So of course we tried it, and it was spot on! 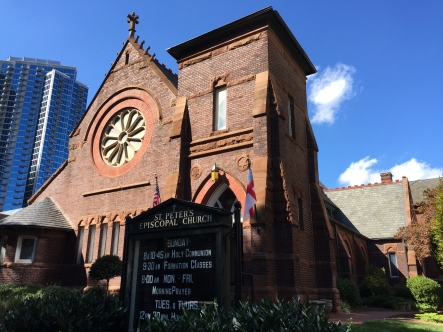 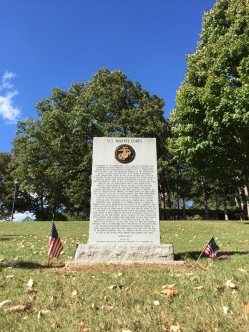 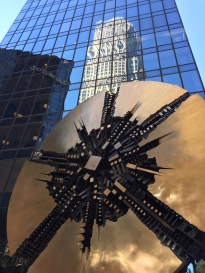 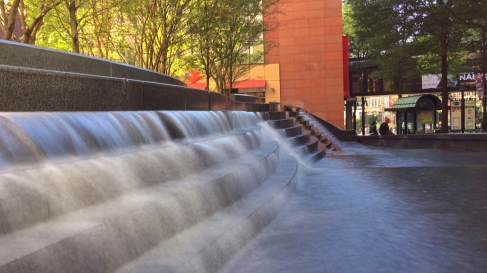 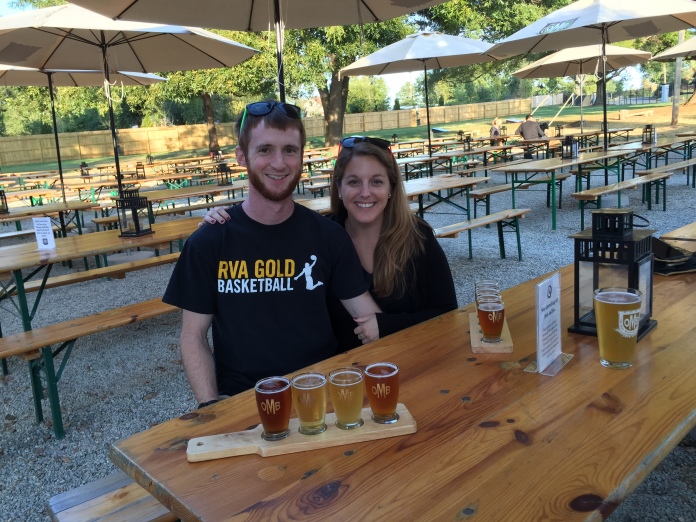 And finally to Richmond! Our apartment wasn’t ready yet, so we stayed with some friends for a few nights, and had reunions with all our favorite people (and favorite ice cream shops – actually this all happened at the same time).

It was a great way to move, and we’re very grateful for all the people that put up with us during this trip.